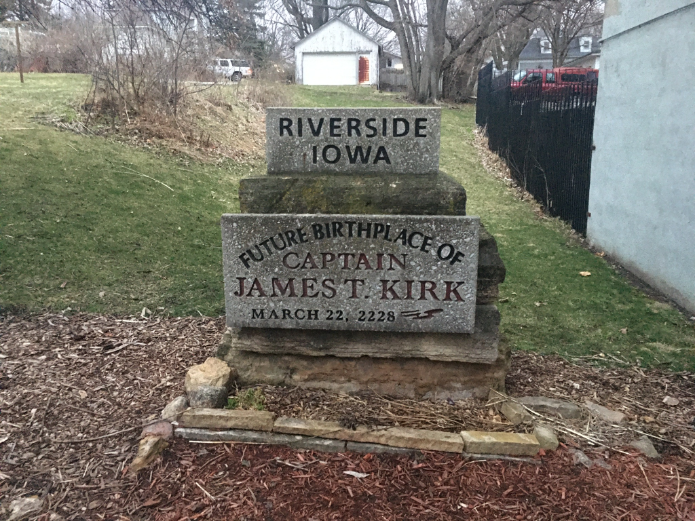 In the rolling, pastoral fields of southeastern Iowa, the farming community of Riverside (just outside of Cedar Rapids), has become something of a mecca for sci-fi fans far and wide over the years. Some 200 years from now, the iconic Captain James Tiberius Kirk of Star Trek fame is set to be born there. They’ve marked the birthplace with an engraved monument, and Trekkies can explore the town and its other Star Trek-related tourist attractions. 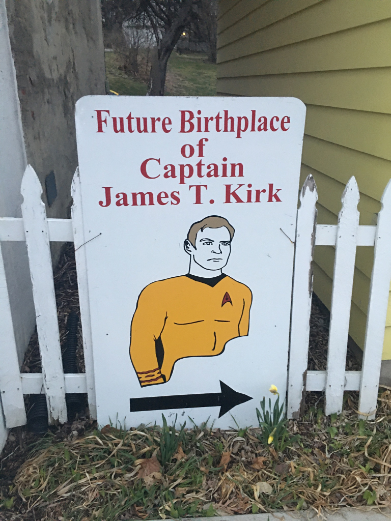 According to Star Trek lore, Captain Kirk was born in Iowa in March of 2228.  This is mentioned in a book from 1968 called The Making of Star Trek, and is of course referenced plenty on the show as well.  But the exact town was never specified.  So in 1985, a city council member named Steve Miller proposed that Riverside claim the title. And claim the title is what they did. Their official motto became “Where the Trek Begins,” and the annual town celebration, River Fest, turned into “Trek Fest.” 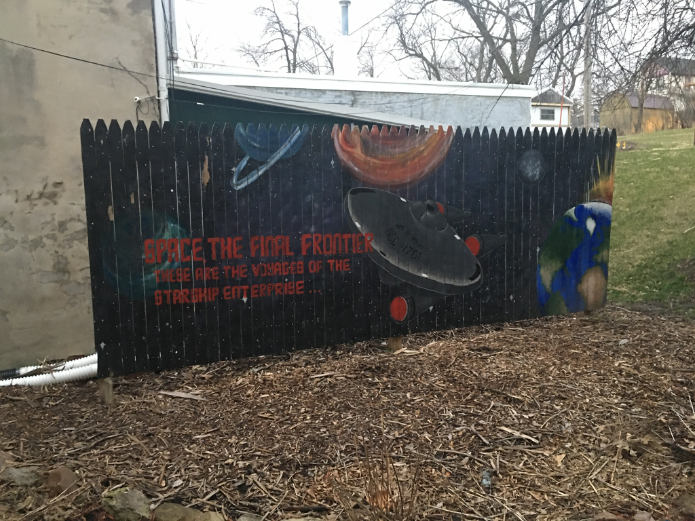 Over the years, the town began compiling different monuments to add to the fun, including a monument declaring the official birthplace in a small park with a bench installed behind Main Street. An adjacent fence is painted in Star Trek regalia. A nearby bar has a marker even showing where Kirk was conceived. Signs hang from the street lights.  Streets are named things like “Enterprise Drive” and a bronze statue of Captain Kirk stands in a nearby park. 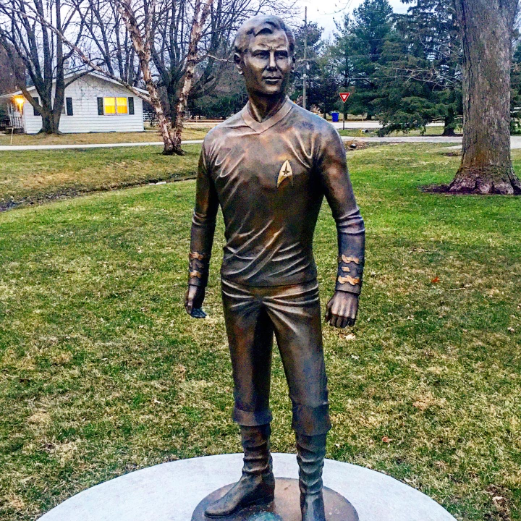 And of course it all wouldn’t be complete without a Star Trek Museum and gift shop, aptly named, The Voyage Home.  A replica of the USS Starship Enterprise (renamed the USS Riverside) stands out front.  The museum features plenty of Star Trek memorabilia, cardboard cutouts and life-size replicas of characters, and everything in between.  As my luck continues, the museum was closed due to the Covid-19 outbreak, but I was able to snap a few photos through the window. 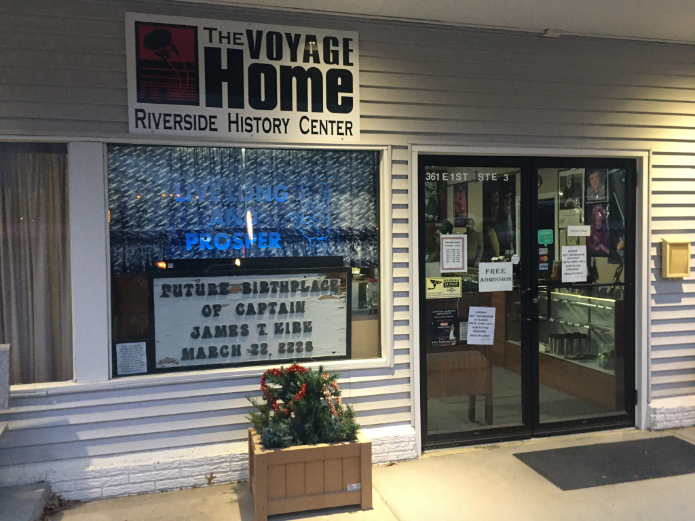 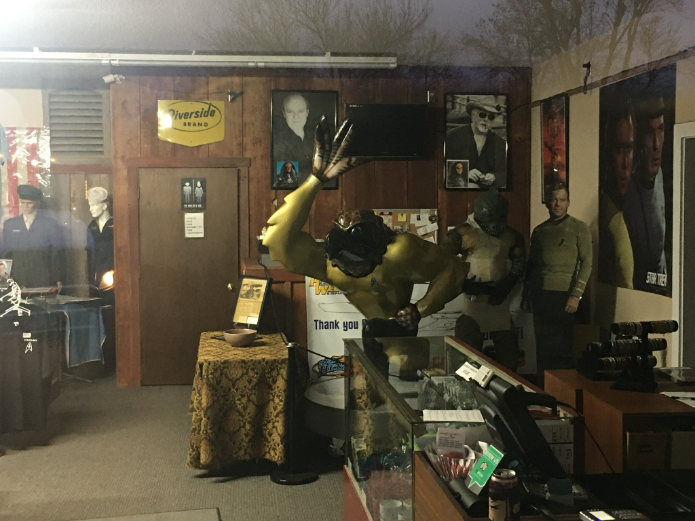 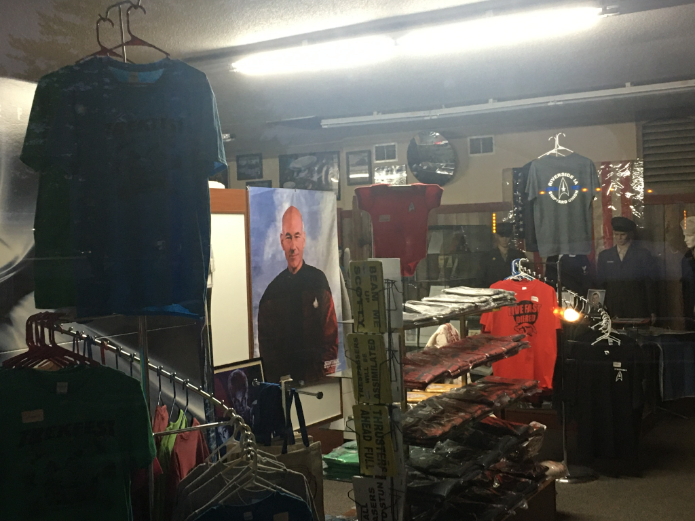 Actors that have portrayed Star Trek characters including William Shatner himself, George Takei, and Walter Koenig, to name a few, have all visited Riverside over the years.  Shatner even filmed in Riverside for a reality mini-series called Invasion Iowa in 2005. Each summer’s Trek Fest includes a parade, a costume contest, and other Trekkie-related activities. Residents of the town were even invited to a private screening of the 2009 J.J. Abrams reboot of Star Trek, which features scenes of Kirk (played by Chris Pine) in his hometown of Riverside. 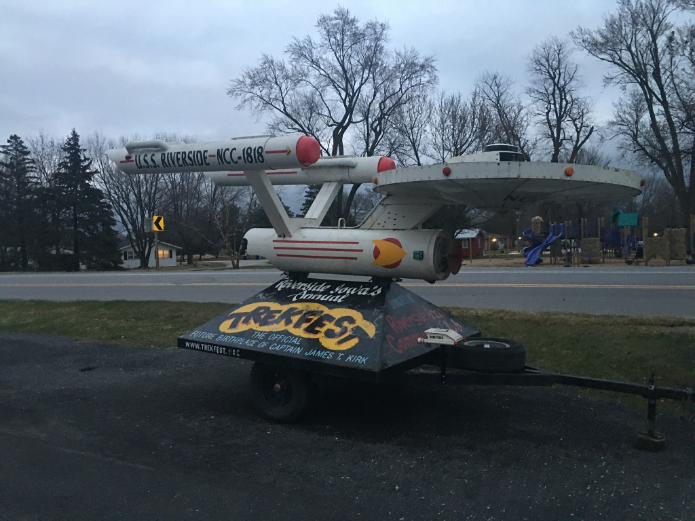 Otherwise, it’s a sleepy little town nestled in the rolling hills of Iowa’s farm country.  Riverside is a nice place, about a mile off the freeway, fairly quiet and unassuming.  People still tend to their daily lives, smiling and giving directions to wandering tourists like me.  They may even give you a Vulcan salute if you’re polite.

While in the area: Cedar Rapids is an underrated city by all accounts; there is a lot to do in their beautiful downtown on the Cedar River. Just west of Riverside are the historic Kalona Amish Villages, east of town is The World’s Largest Truckstop, and just south of Riverside is a huge Dala Horse statue and Swedish Museum in the Swedish town of Swedesburg, IA.