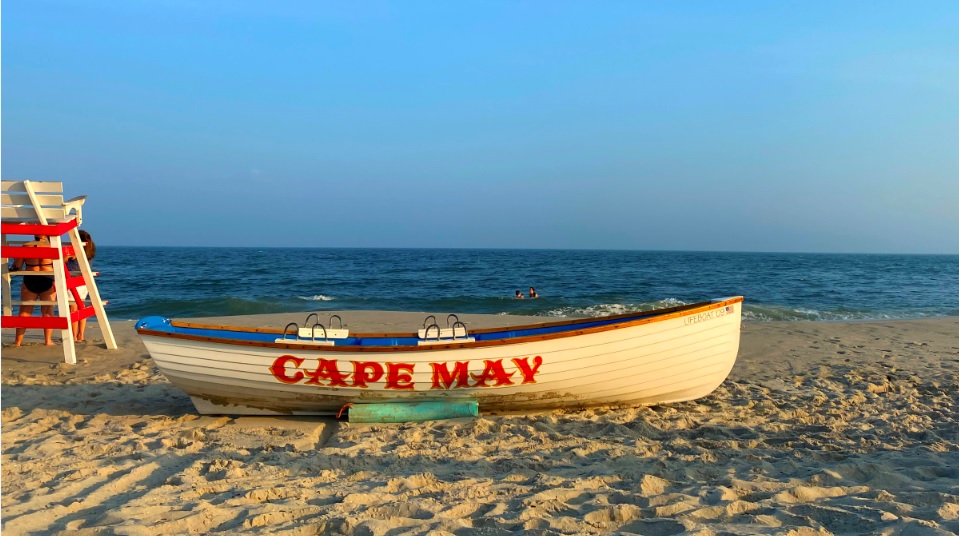 A recent vacation led us to the Garden State and a couple of days in the southernmost city in New Jersey, the seaside resort town of Cape May.  Most East-Coasters know of this gem of a city as a popular summer vacation spot on the Jersey Shore but many of us back in the Midwest likely haven’t heard of it.  Far removed from the madness of the iconic Jersey Shore boardwalks and tourist traps, Cape May hails itself as “America’s Oldest Seaside Resort Town,”  and is home to the second-largest collection of Victorian homes in the US after San Francisco. 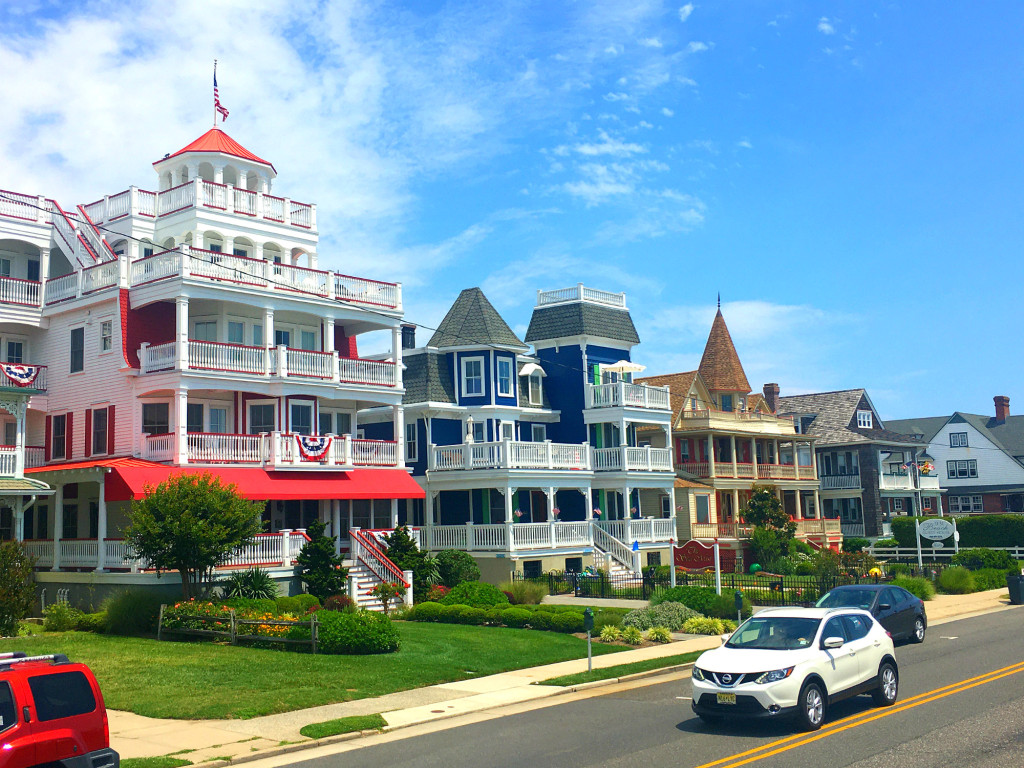 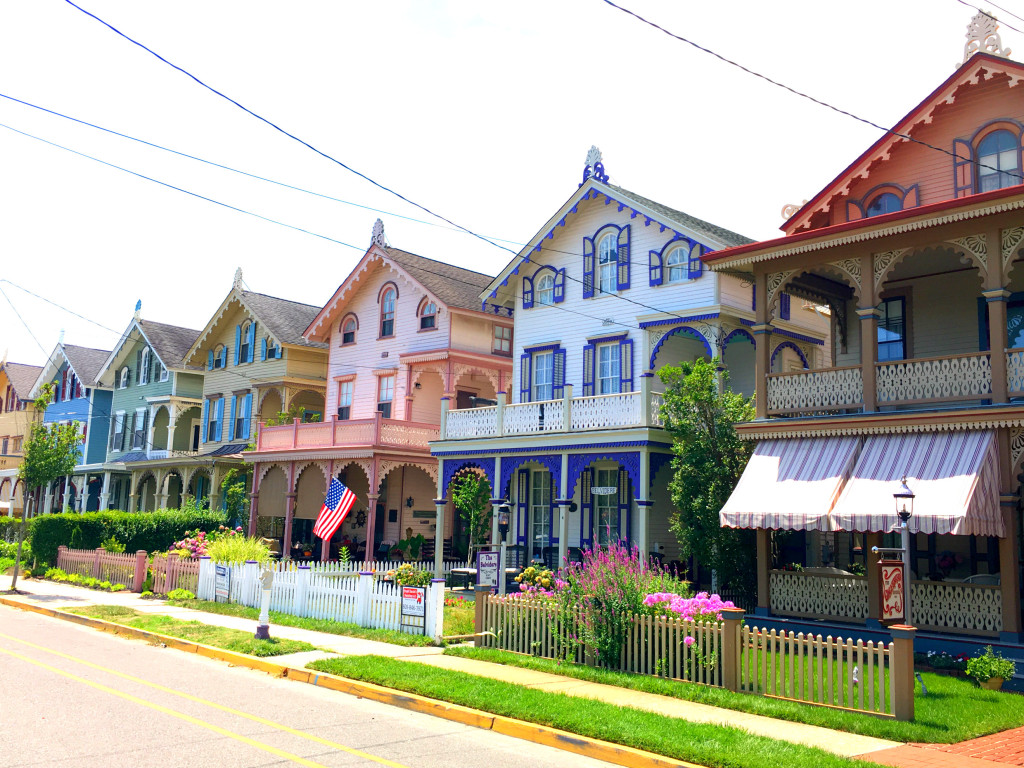 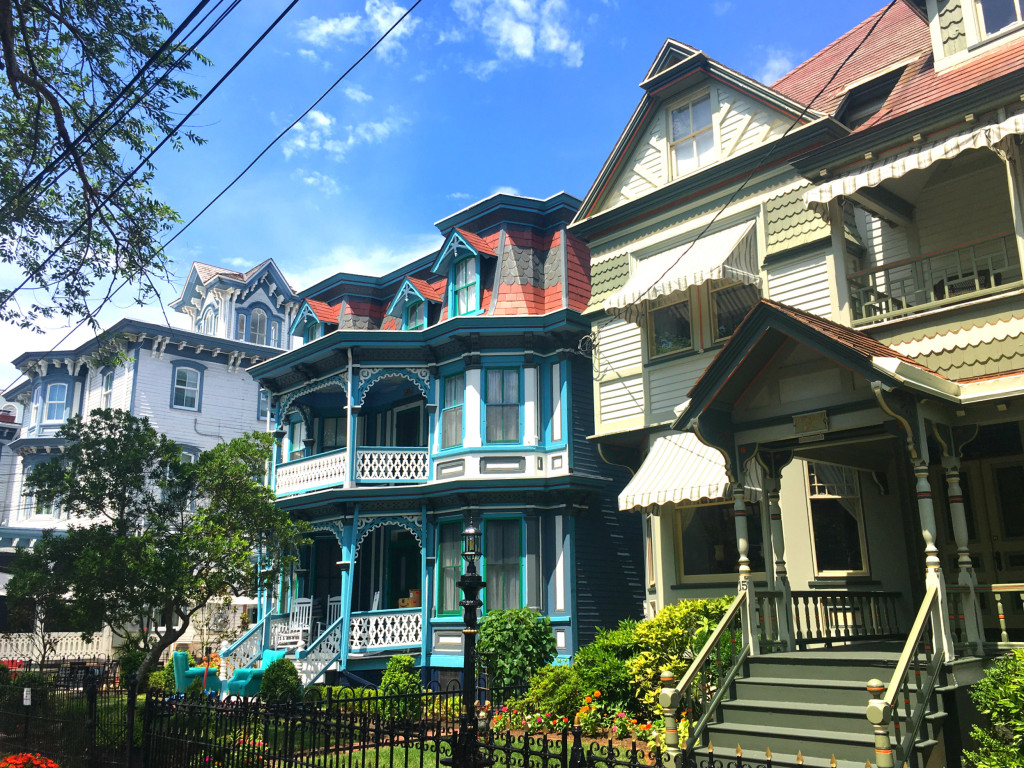 The area was first settled prior to 1600 by the Native American Lenape people, who encountered European explorers there sometime around 1600.  It was named for the Dutch Captain Jacob Cornelius Mey who made a claim for the land for New Netherland colony in the early 1600’s.  It was later settled by New Englanders and eventually began hosting vacationers from the Philadelphia area (about 90 miles away) in the mid 18th-century.  Cape May eventually became known as one of the finest resort towns in the United States.  Dozens of Victorian-style homes popped up in the late 1800’s and by 1975 the entire city was designated as a US National Landmark. 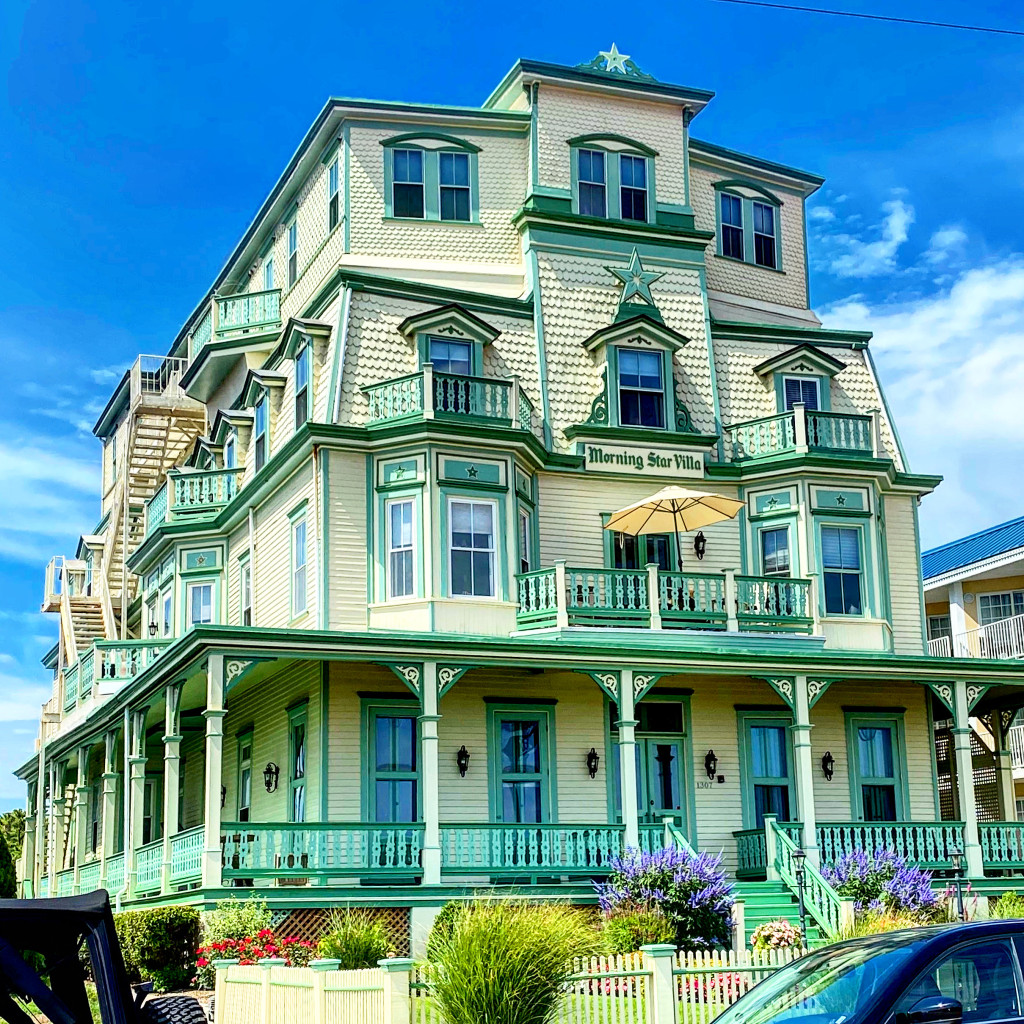 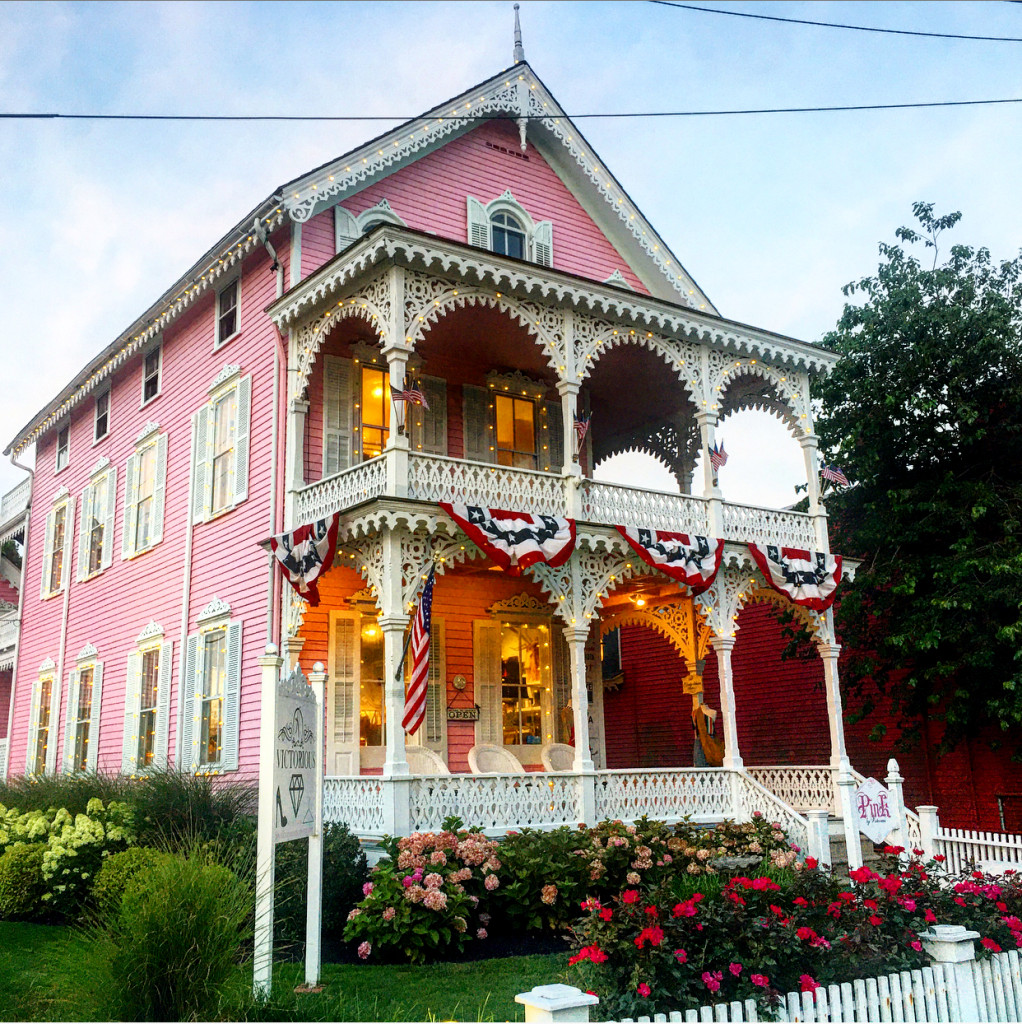 It’s staggering to find so many incredible buildings at every turn in Cape May.  While not an exceptionally large town (its population is around 3,500), the town is clean, well-maintained, busy, and fun.  Most of the homes are now B&B’s or rental units, and people flock from all over the country to spend a few days exploring the seaside paradise.  Cape May is home to many amazing restaurants, shops, beaches, and lighthouses.  It’s an expensive place, but worth every penny just to stroll around and marvel at the preservation of such a historic town. 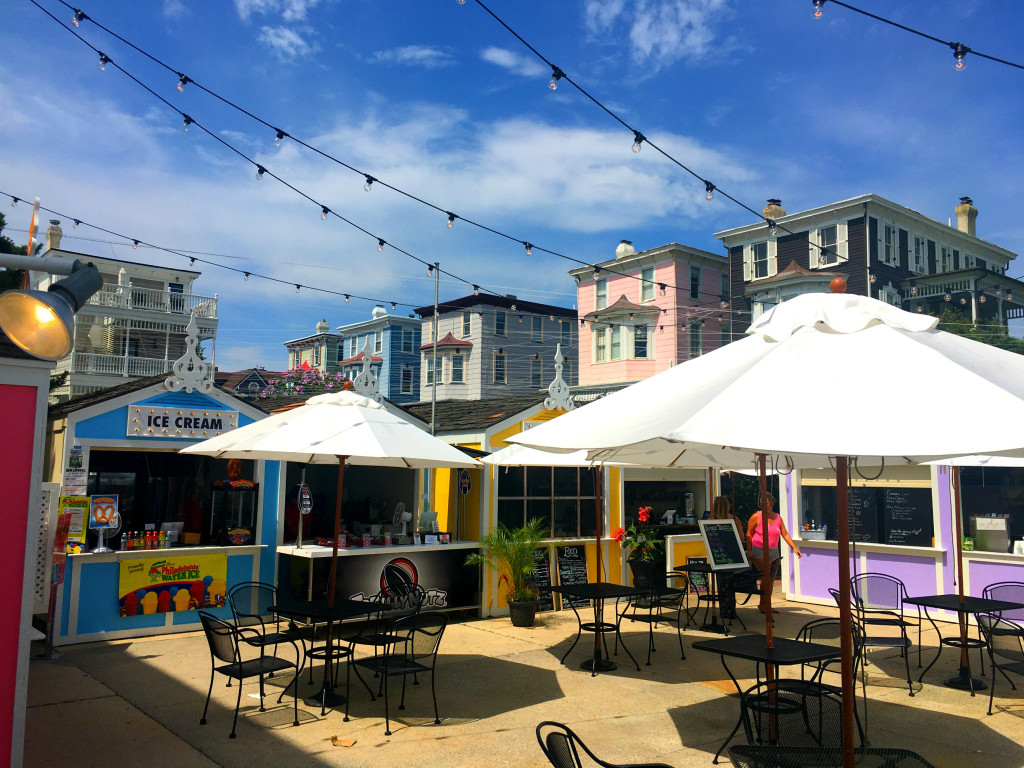 Tourists generally flock to the Beach Avenue part of town, notable for its old Victorian hotels on one side and the beach on the other.  There is no boardwalk, but there are miles of pristine beaches in either direction.  History buffs can travel to the western part of the peninsula to see World War-era remnants such as a gun battery, a lookout tower, and even the remains of a crumbling, experimental concrete ship known as the USS Atlantus that ran aground in 1926. 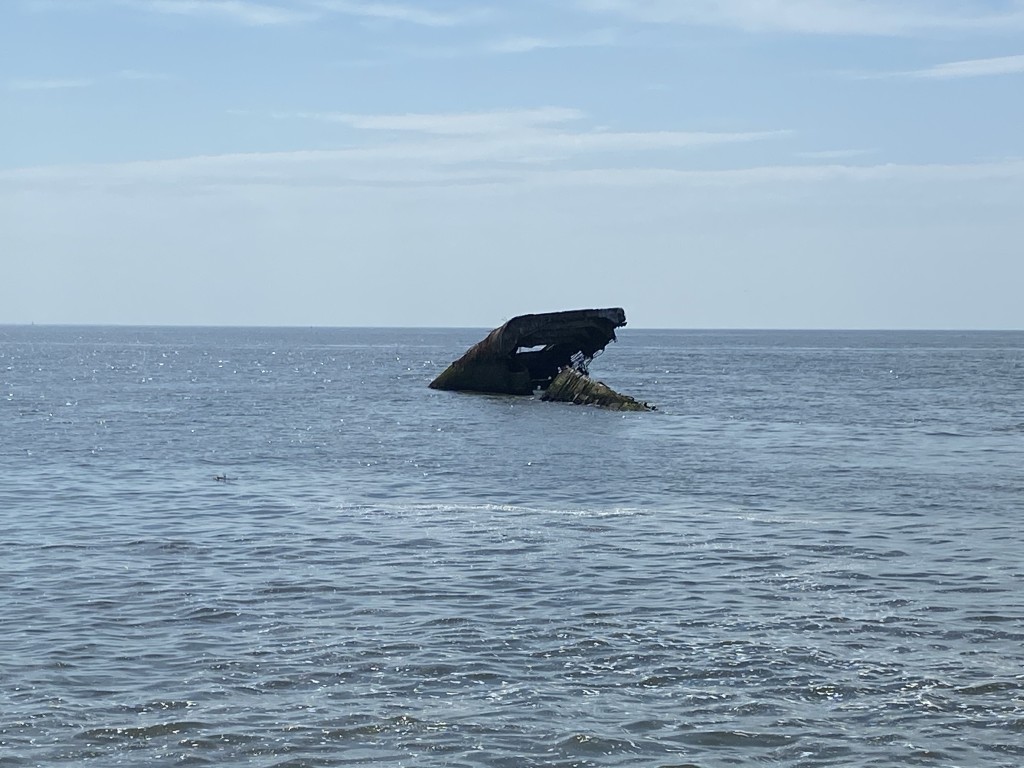 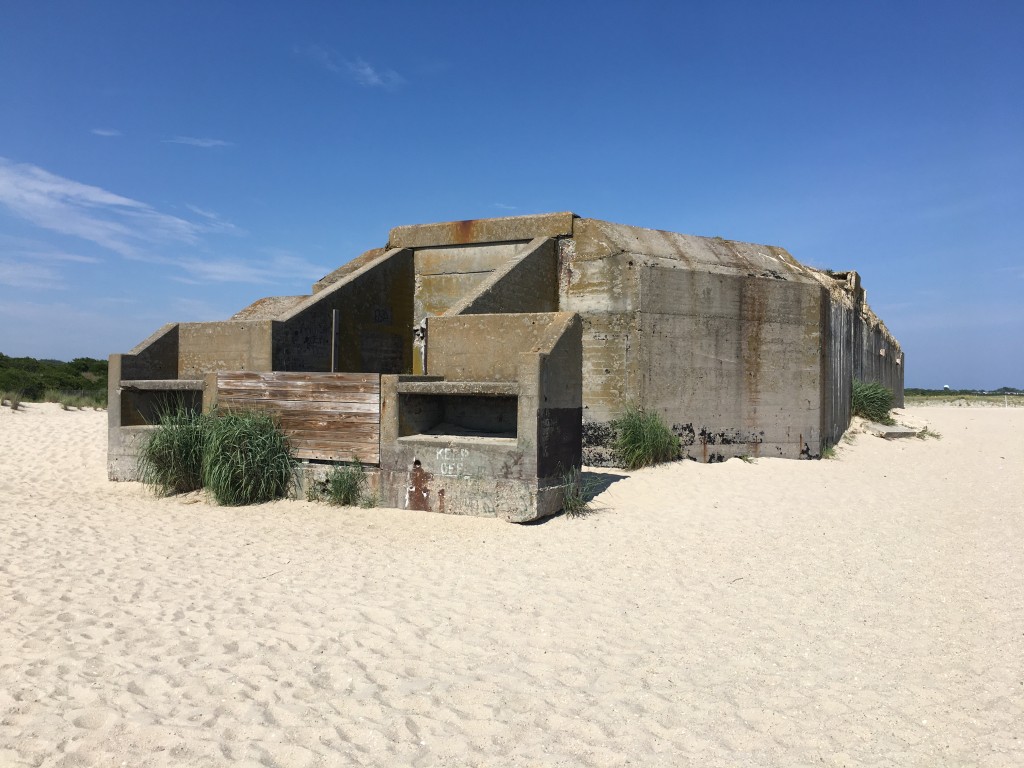 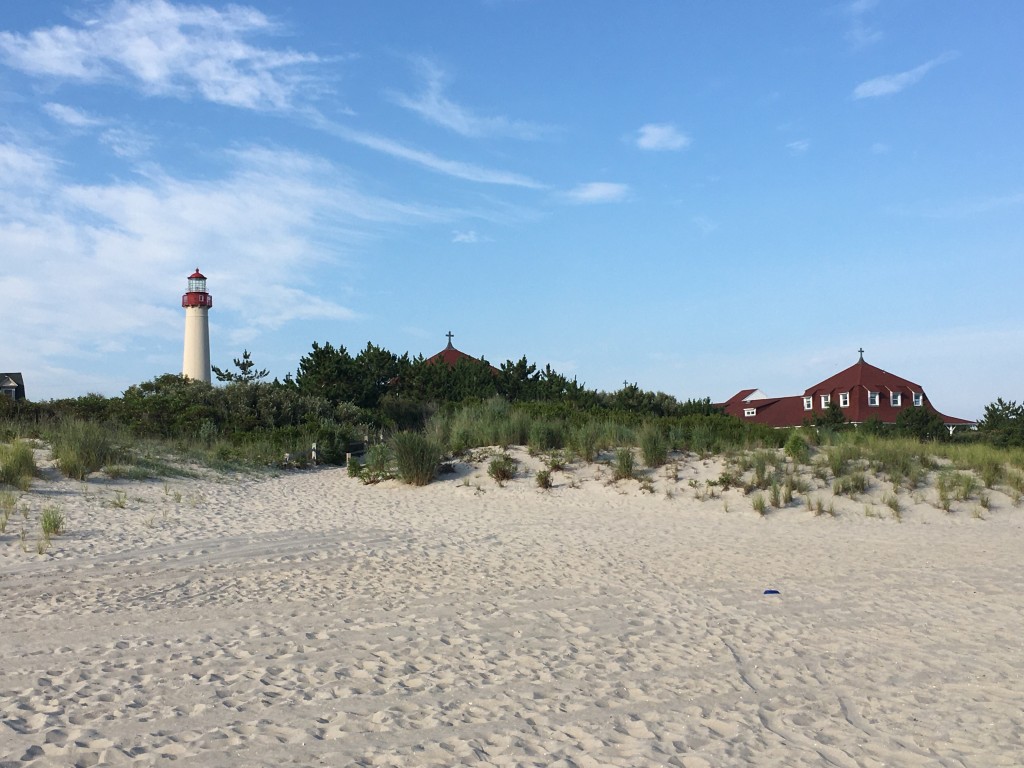 Cape May is a wonderland of Gingerbread homes, all with different names and personalities.  They are painted in beautiful pastels and designed with different styles of trimboards, spindles, cornices, and other carved intricacies. The lawns are manicured and gardens, plants, and statues adorn the exteriors.  Visitors putter around on bike or on foot, heading to and from the beach, and music softly plays in the background somewhere. 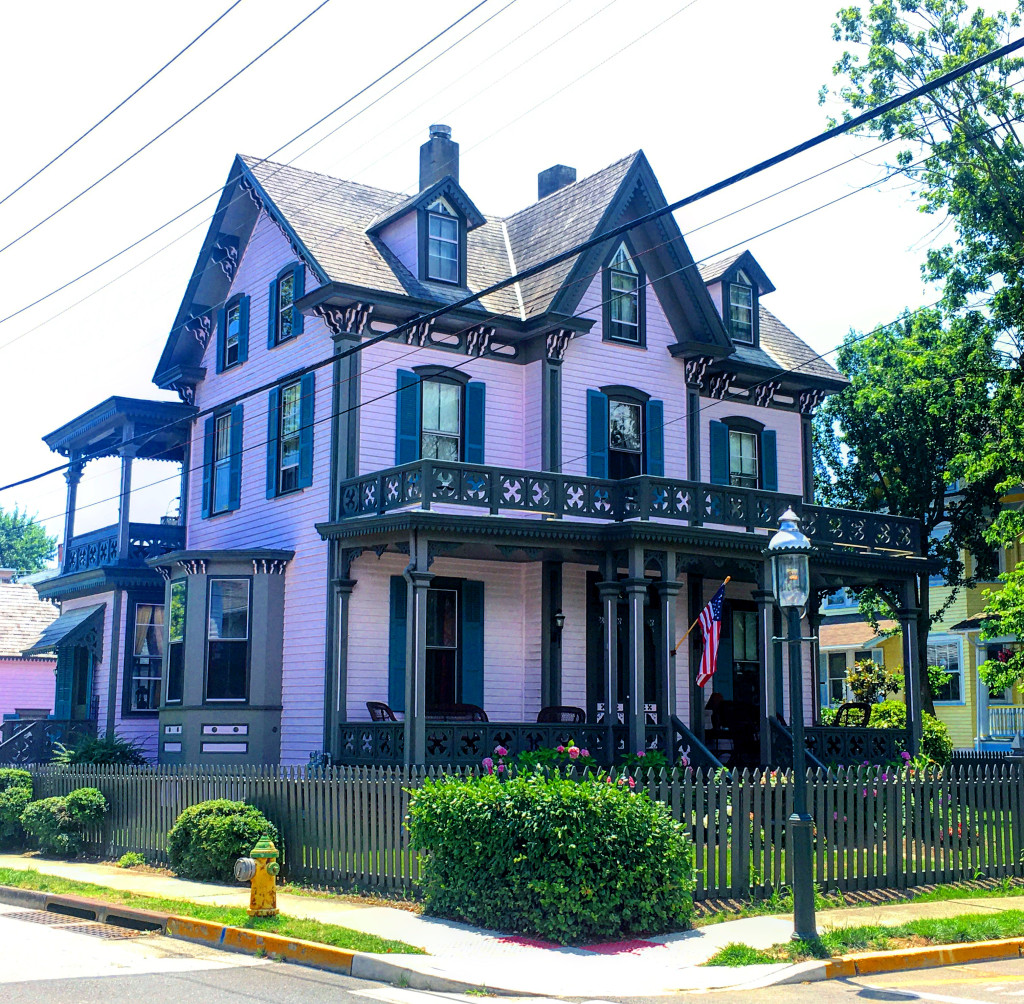 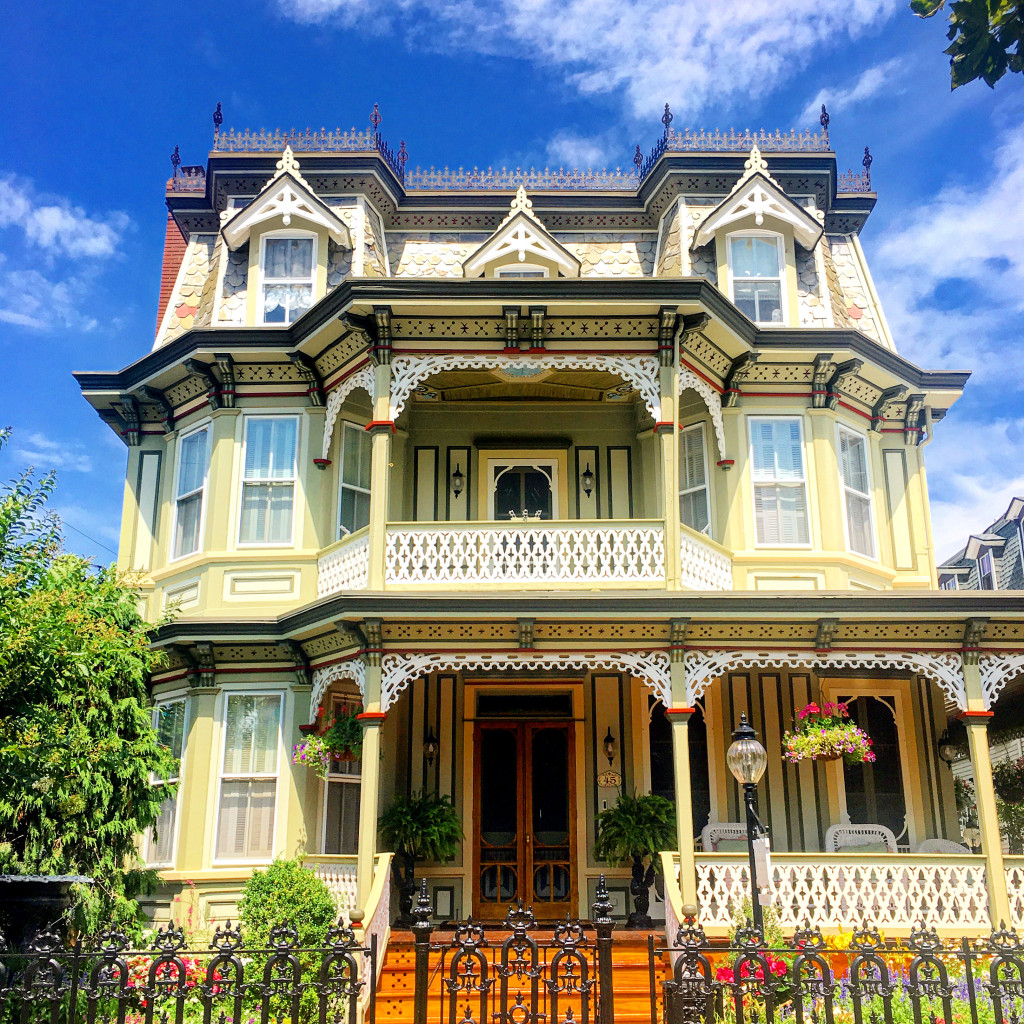 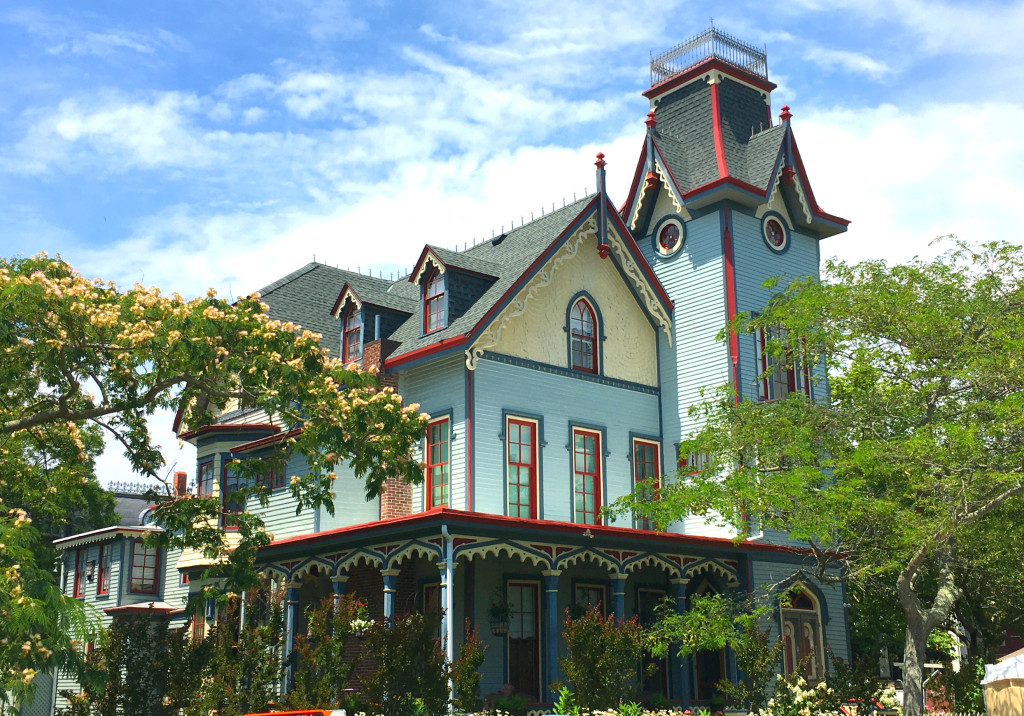 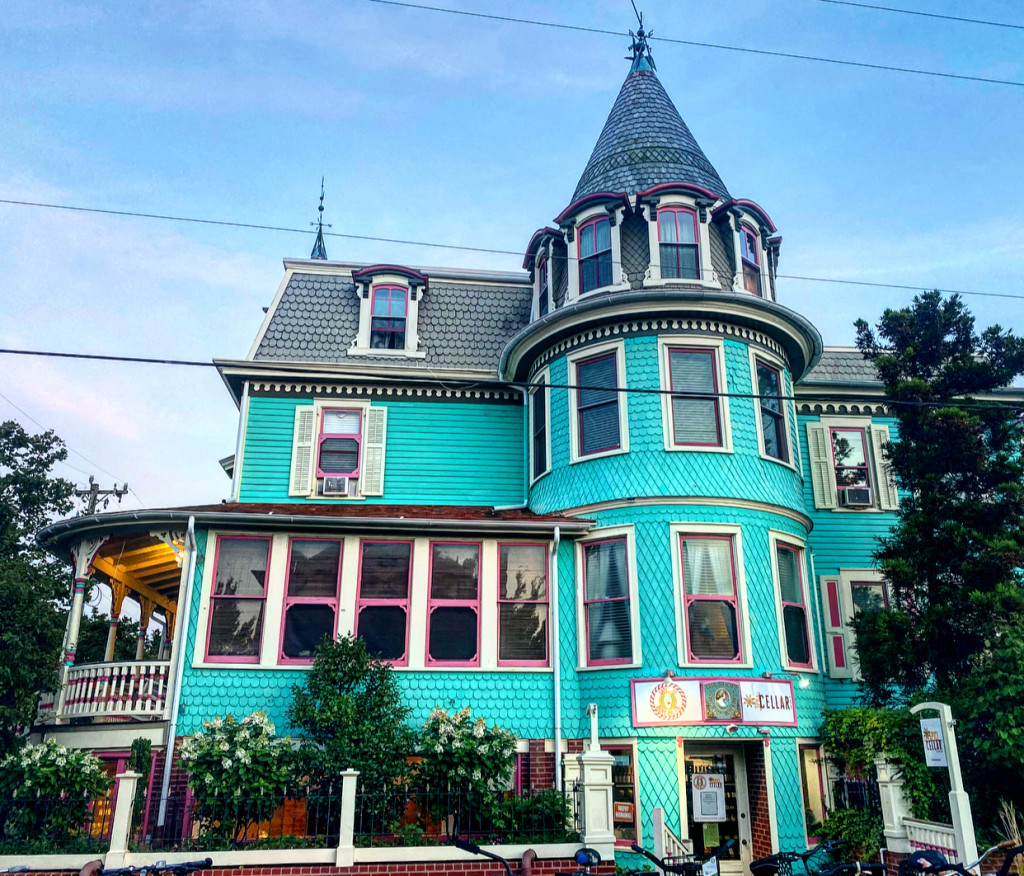 Traffic and parking of course can get a bit tricky as there is only so much room for vehicles here.  The week we visited in July was hot and sticky, but the gorgeous beaches and ocean water was a nice reprieve. We saw several pods of dolphins at Sunset Beach, and many different styles of boats and ships cruising around the peninsula. It’s impossible not to fall in love with the incomparable charm of Cape May. 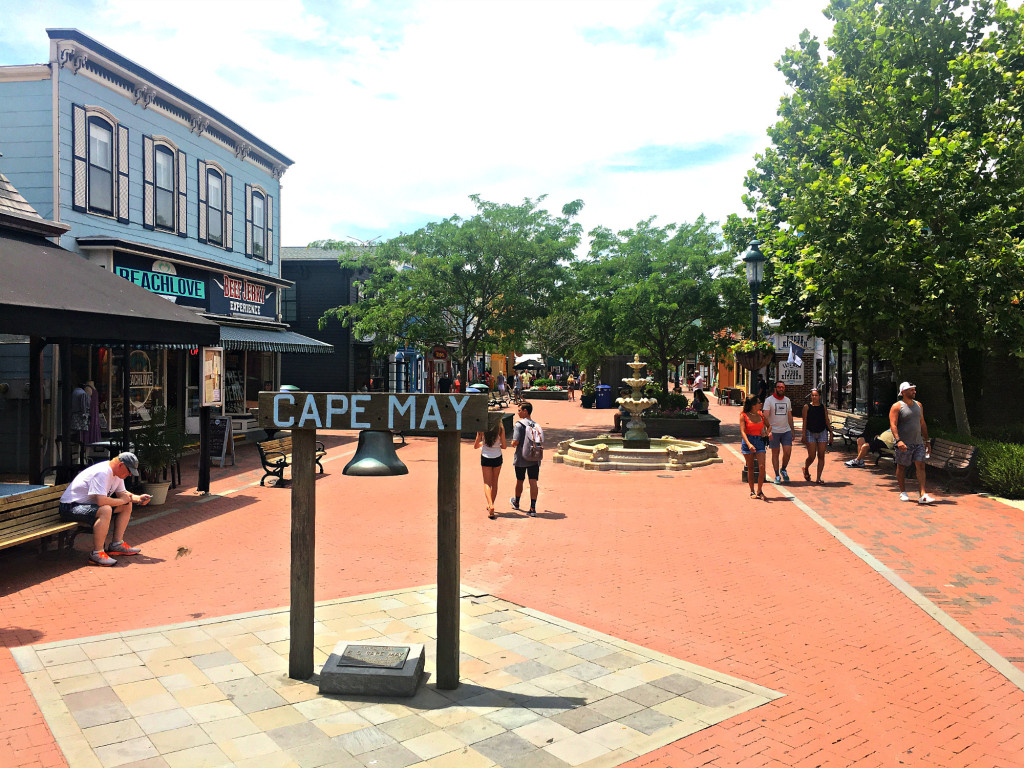 While in the area:  Cape May is only about 10 minutes away from Wildwood, NJ, which is also a fun city to check out. It has all of your family-fun needs on their 2-mile long boardwalk packed with shops, restaurants, roller coasters, and waterparks.  Or head further up the coast and check out the iconic “Jersey Shore” town of Seaside Heights!