Right now, most Minnesotans are preparing for next week’s Christmas celebration, and this year it looks like there might actually be some snow on the ground for it. Christmas is a beloved holiday here, meaning family get-togethers, days off from work, Christmas lights, and for some lucky homes- Lutefisk. While some consider Lutefisk to be a tradition best left to the ages, one town in southwestern Minnesota has even gone so far as to forever immortalize the much-maligned fish in the way we know best – a roadside attraction. 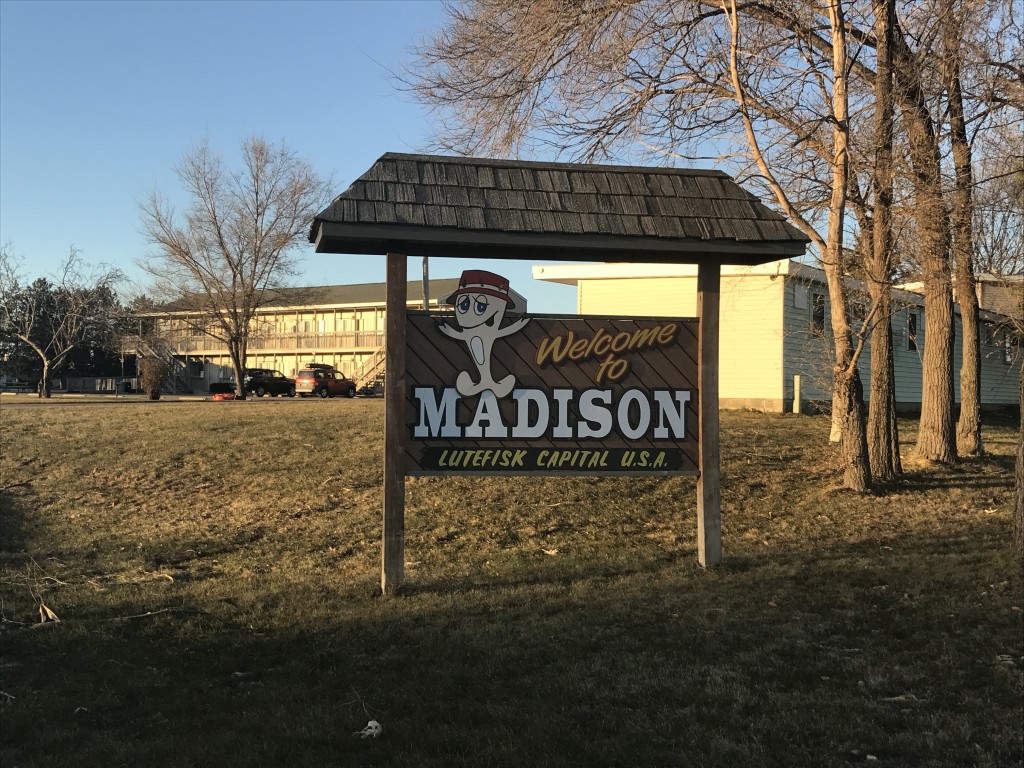 Lutefisk traces its roots back to Norway, Finland, and Sweden and was brought to our great state by the Scandinavian immigrants of the 19th century. A quick background on this classic Minnesota holiday dish – Lutefisk starts out as a traditional cod, commonly fished from the cold oceans of the Atlantic, and is then soaked in water for about 5 days, then soaked in lye.  Lye, of course, is essentially poison, a corrosive agent used in drain cleaners and such.  After soaking in the lye, the fish is then soaked for a few more days in cold water to dissolute the poison. At this point the “fish,” now a jellylike substance, is ready to be cooked. Delicious! 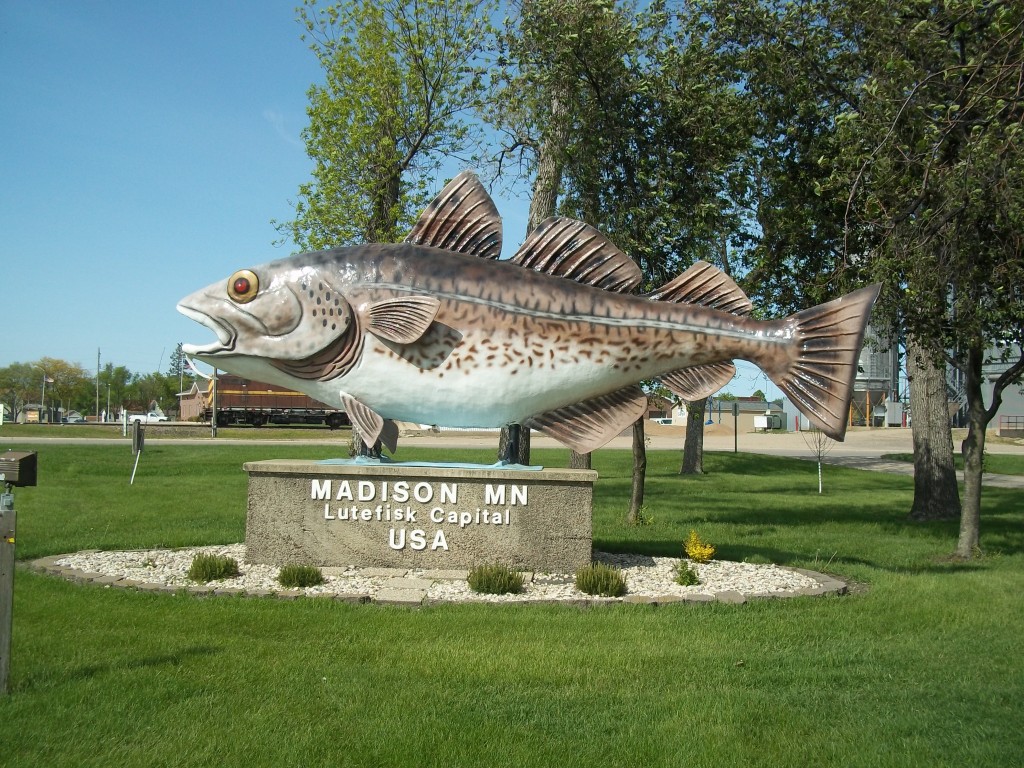 Madison, MN, the self-proclaimed “Lutefisk Capital of the USA,” has put up a big fish to commemorate this.  Its name is Lou T. Fisk.  Get it?!? Funny! It was constructed by F.A.S.T. Corporation in neighboring Wisconsin and dedicated in 1982.  The World’s Largest Lutefisk is one of countless giant fish in the state, but here it serves its purpose. It’s not only a nod to the Nordic heritage in the Midwest, but a great display of Minnesota kitsch. Madison also holds a lutefisk eating contest each year during the town celebration.

Apparently lutefisk is tolerable when dipped in large quantities of butter and mixed with mashed potatoes.  I can’t comment because I have unfortunately never tried it. Hopefully soon though.  Have you?

While in the area:  Lac Qui Parle State Park is just up the road for your outdoor activity needs, and Madison is also nearby Salt Lake, for all of you birdwatching fanatics.