Most Midwesterners are familiar with the Coen Brothers’ 1996 Acadamy Award winning film Fargo. The movie is a crime-gone-wrong tale about a few bumbling criminals who stage a kidnapping for some ransom money, but it is most notably remembered for its over-the-top Minnesota accents, dark comedic tones, and the infamous “wood chipper” scene. 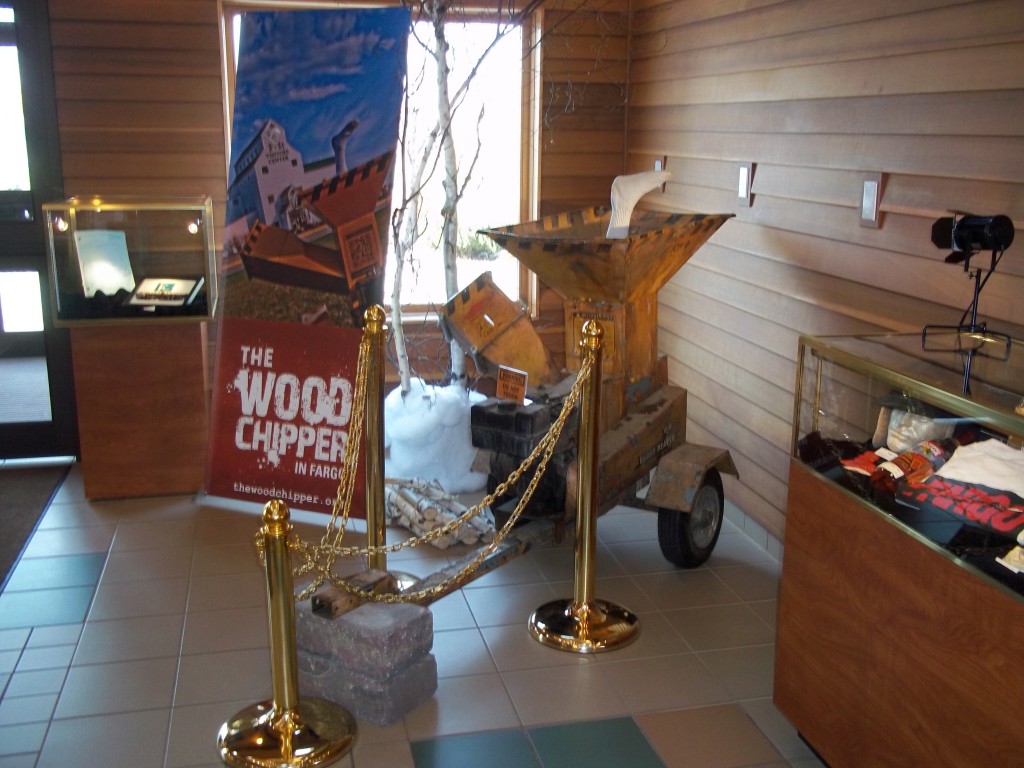 As you probably recall, one of the villains played by Steve Buscemi meets the unfortunate fate of being fed to the woodchipper. This iconic scene is recreated at the Fargo-Moorhead Visitors Center in Fargo just off of Interstate 94 as you come into town from the west.  It is the actual authentic woodchipper from the movie, set alongside other movie props and memorabilia.

The staff at the tourism bureau encourages you to put on a bomber hat (like the cops in the movie) and pose by it.  Definitely a little macabre, but it’s all in good fun. The woodchipper is an actual 8-horsepower Yard Shark, and outside of the building there is a replica woodchipper too in case you didn’t get your fill. 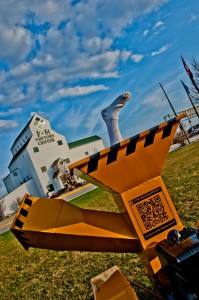 A common issue taken about the film Fargo is that about 99% of the film takes place in Minnesota, either Brainerd or Minneapolis.  There is a small scene at the beginning of the picture of the lead characters at a fictional bar in Fargo (which is actually a defunct bar in Minneapolis), and a scene at the end near Bismarck (also filmed in MN).  The Coen Brothers have stated that the name Fargo sounded better than “Brainerd.”  I guess I can’t really disagree.  If this classic movie puts my hometown’s next-door neighbor on the map, then so be it.  It’s a gooder.

While in the area:  Fargo has a cool historic downtown area and a revamped riverfront between Fargo and Moorhead.  Make sure to stop into one of the many great restaurants in town and try the awesome “Woodchipper IPA” beer made by the Fargo Brewing Company. It’s fantastic.