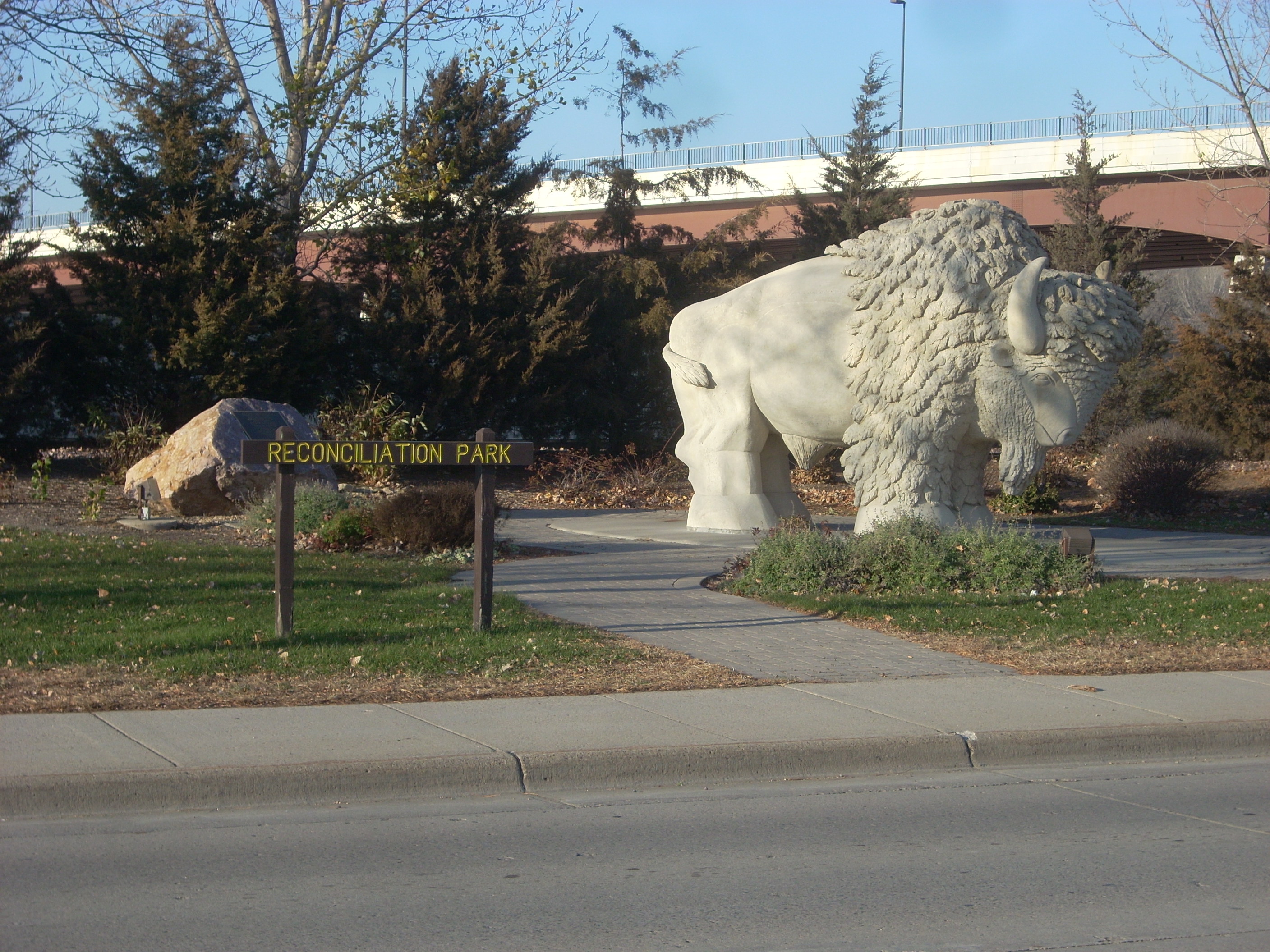 Mankato, MN, has the unfortunate distinction of being the site of the largest mass execution in US history. On Dec. 26, 1862, at the end of the U.S.-Dakota War of 1862, 38 Dakota Sioux Indians were publicly hanged by the US Army for their attack on white settlers in New Ulm, MN.

Originally, 303 men were sentenced to hang by President Lincoln himself, although he later pardoned a great majority.  While this is indeed a dark chapter in Minnesota and America’s history, Mankato has not forgotten about it or swept it under the rug.  Reconciliation Park was dedicated in 1997. It features a large concrete buffalo, a rock, and sign.  Yeah, that really makes up for it.  *sarcasm*

However, in 2012, on the 150-year anniversary of the execution, Mankato hosted a Memorial and Dedication, with around 500 Native American and white people both calling for healing and forgiveness. Also during this ceremony, a large buckskin-looking script was erected with the names of the “Dakota 38,” as they are known. It’s a nice addition to the memorial site. 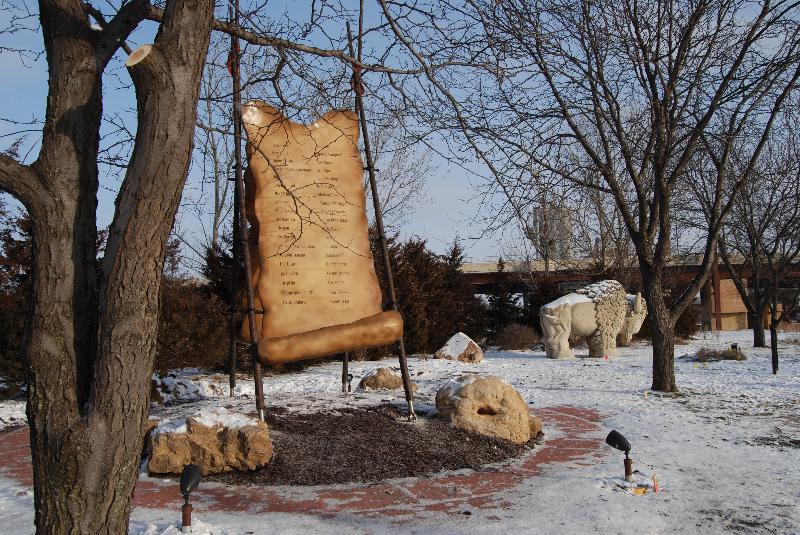 Across the street at the Blue Earth County Library, which is the actual site of the execution,  there is also an Indian statue titled “Winter Warrior” in memory as well.  It’s not like all of this absolves us of the past, but it is a part of our history and a step in the right direction.

Reconciliation Park is located near downtown Mankato right by the Minnesota River. While in the area, make sure to stop by and see the last remaining Happy Chef,  swing over to New Ulm to check out the Schell’s Brewery, or the underrated Rapidan Dam and Store.