You don’t necessarily have to be religious to appreciate a chapel, a church, a grotto, or cemetery. And if you are interested at all in odd-ball history of a pretty little chapel in Cold Spring, MN, called the “Grasshopper Chapel,” then read on.

It seems like a such a foreign concept, a grasshopper plague, but Minnesota got nailed with one hard, back some 140 years ago. It was so bad that crops were devastated and people left town. The insects migrated in from the Rocky Mountains back in the summer of 1873 and ate everything and anything they could: crops, fruit trees, wooden fork handles and even items of clothing. They were so thick in the air that they are said to have blocked out the sun. It was bad. Where was St. Urho when you needed him?

The number of grasshoppers as well as their destructive forces, grew with each consecutive year. This continued for 4 years until 1877, when every imaginable resource and innovation to kill the infestation was depleted, Minnesota’s governor proclaimed April 26, 1877, a day of prayer to get rid of the locusts. Part of the prayer from the residents of Cold Spring included building a chapel to honor Mary, the Mother of God, who they had prayed to intercede in the grasshopper destruction.

Legend goes, the very next day the ferocious insects left for good. And were never seen again. (Although conflicting stories say it was a few months later). Regardless, a chapel was built immediately following, called the “Assumption Chapel,” up on a hill on the edge of town. The original chapel, made of wood, was destroyed by a tornado in 1894, and later on in 1951, the chapel was reconstructed, using granite from the local quarries. 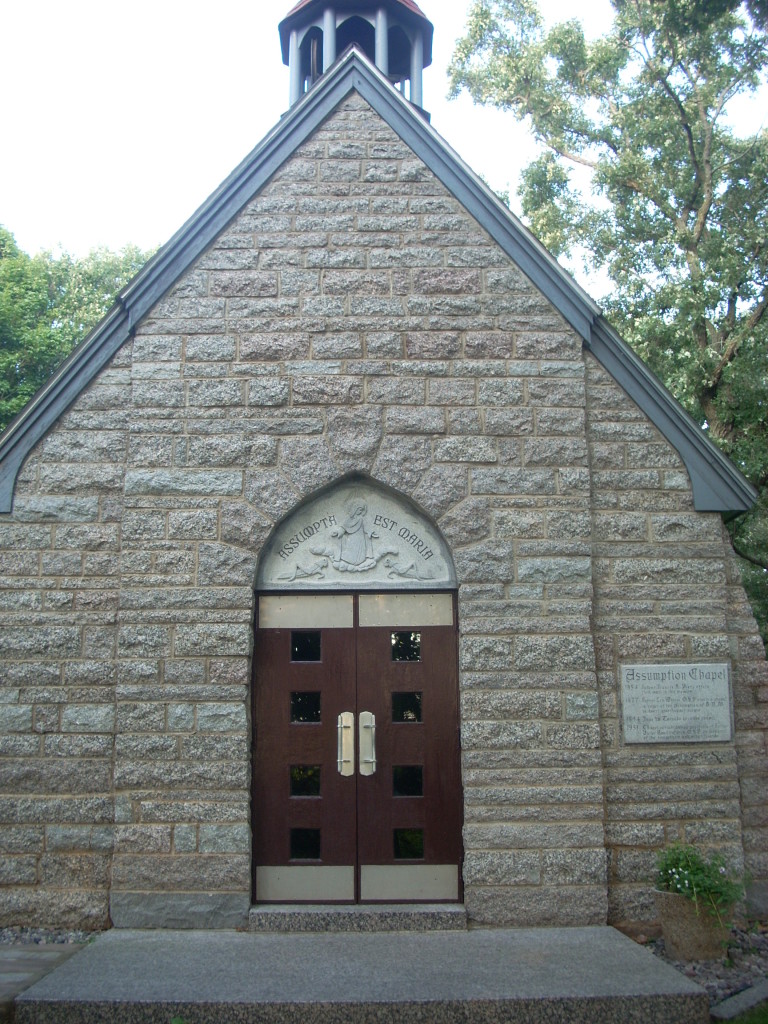 The new Assumption Chapel, now known as the “Grasshopper Chapel,” features a stone inlay above the doors with a depiction of Mary on a cloud, banishing two grasshoppers below. 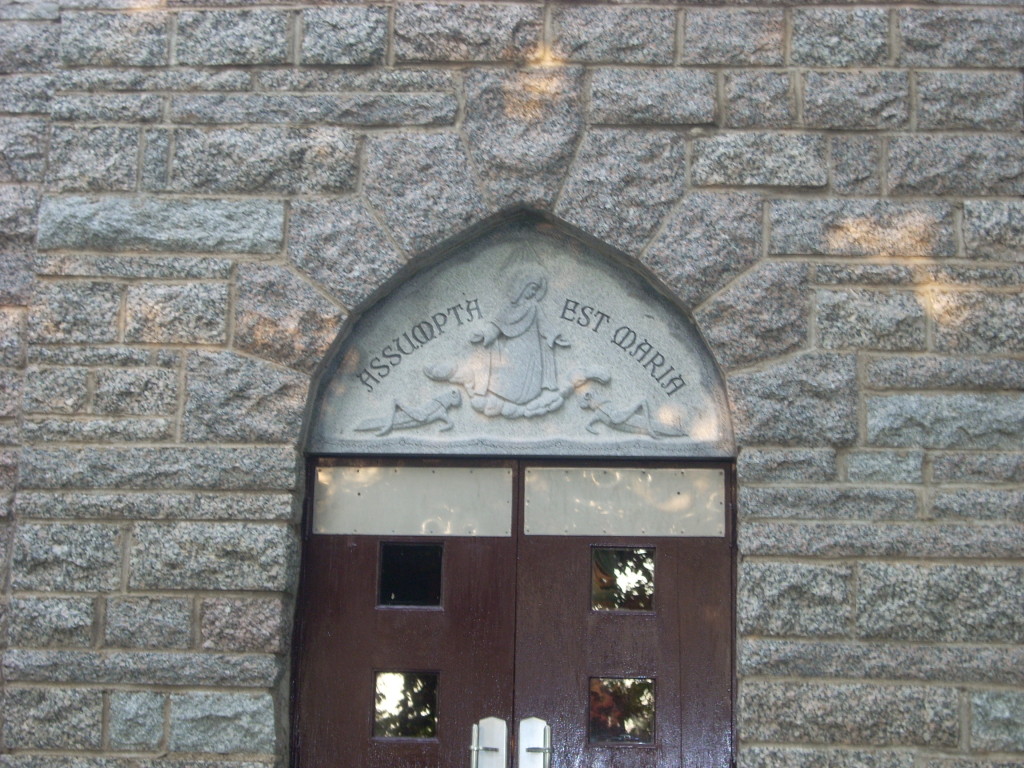 Whatever happened here, whether it by divine intervention or not, worked. There has not been a grasshopper plague in Minnesota or the Midwest since 1877. And the chapel, set under a wooded canopy on the top of a bluff, is a peaceful, beautiful place with a reminder above the door of the destruction of the locusts back in the 1870’s.

While in the area:  Quarry Park in Waite Park, MN is a great little hidden gem of the area for hiking and swimming, or you could head into St. Cloud for some of that big-city nightlife that all the kids talk about.